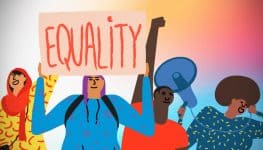 http://www.guardian.co.uk/commentisfree/2011/jul/27/breivik-anti-feminism The lines between what is feminine and what is masculine are drawn from birth. Little girls are wrapped in pink blankets and little boys in blue. Treating men and women as different is so intrinsic to Global Culture that most of us think nothing of it. The argument is that men and women ‘are’ […] 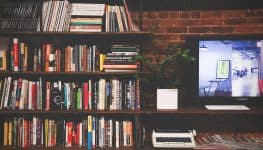 The overblown benefits of reading have long gone unchallenged as have the perils of TV viewing. The educational value of TV has been known even before the first lunar landing. TV has brought us up close to distant lands and cultures as well as important issues. We have listened to and watched political debates, interpreting […]

Neil Wilson, executive head teacher of a group of schools in South Manchester, is wrong when he blames television for children’s lack of education and communication. In fact, provided children are watching suitable programming, television is one of the most effective mediums through which to teach and inspire youngsters. We need to start speaking to […]

With millions of copies of violent games like Grand Theft Auto and Halo, should there not be an epidemic of violence, if there is a direct causal link between violence and video games? Are kids slowly but surely giving into the violence of the the game and will they/we start committing violent crimes? Fingers have […]

Parents worry that they don’t know if a book is appropriate for their children. For an adult as well, finding a scene of extreme violence or sexual content in your book when you just wanted some light reading can be stressful and mean you wasted money on a book you don’t want. The back cover […]

We have it on good authority that the commercialization of festivals and holidays – and objection to the commercialization of festivals and holidays – are ancient. Jesus of Nazareth disrupted a Passover celebration 2,000 years ago when he chased the money changers from the Temple at Jerusalem and said, “It is written, MY HOUSE SHALL […]