You are here: Home / Debates / Culture and Entertainment / Gender Equality is Treating Men and Women in the Same Way 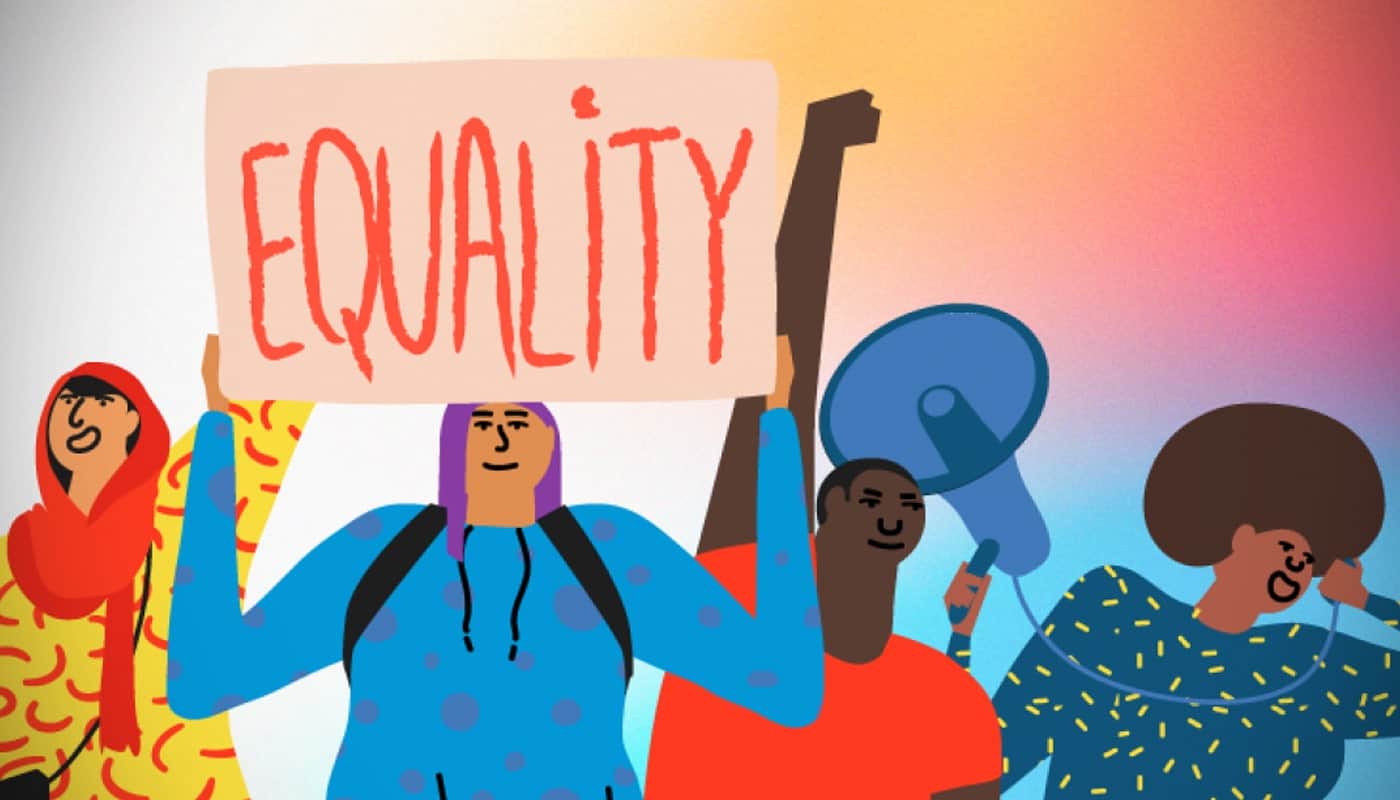 http://www.guardian.co.uk/commentisfree/2011/jul/27/breivik-anti-feminism The lines between what is feminine and what is masculine are drawn from birth. Little girls are wrapped in pink blankets and little boys in blue. Treating men and women as different is so intrinsic to Global Culture that most of us think nothing of it. The argument is that men and women ‘are’ different and therefore should be treated as such. The hypocrisy is that if someone were to say this (Black and Asian are different and should be treated as such) about Black men vs Asian men it would be stamped racist and would not be tolerated. On the other hand treating different people from different cultures and countries accordingly is a core concept in business. Even knowing what colors mean to people of different religions/cultures/groups etc is of the utmost importance when selling a cause/service/product. The question is, “Can different be equal?”

It is one thing to respect religions and ways of life, it is another to say that Women cannot serve as Generals because it is a man’s job. (Farah Diba was made to step down in Iran for exactly this reason).

Discrimination is putting down on certain people but it does not necessarily mean you do so when you treat them differently. For instance, you don’t give the same treatment to your boss if he visited your home as compared to when a beggar does. Would you call it discrimination then if you served a chicken to the beggar but you served turkey when your boss comes? In the same way, there are always differences in the way we treat men from women. Due to the fact that each one varies in his and her physical, mental and emotional make up. There are myriads of ways that a woman differs from man–from the hormones her body produces to the likes and dislikes that are wired in her brain.

Thus gender equality is treating men and women as they deserve to be treated and not necessarily the same way. What is most important is that neither of the gender is exploited, abused or his/her rights deprived.

You have to treat people differently in order to reach equality

Equality isn’t, nor has it ever been, treating people equally. Equality is about giving everyone equal opportunity which almost always means treating people differently. Building a ramp or an elevator to help a disabled individual bypass stairs is very much treating them differently whilst also creating equality. Buying your daughter a toy kitchen or a baby doll and buying your son a toy D.I.Y set is treating them differently but creating inequality instead of equality.

Way of life and various interpretations of religion interfere with a woman’s status in society. One cannot reasonably say ‘respect all beliefs but not anti-feminist beliefs’ in the same breath.

Wrapping girl in pink and a boy in blue is not in anyway shape or form discriminating or bashing equality. Its a cultural thing that lets people see at a glance whether the baby is a boy or a girl, but further more, Males tend to like blue and females tend to like pink. I’m not saying other choicese do not occur, its just a commonly seen thing (Girls in pink, guys in blue). It would, however, be discriminating to REFUSE the usage of the other color on the baby, which is not the event that occurs.

first, under Colors? Really? colors being assigned to genders IS discriminating. “it’s a cultural thing” that does not make it ok. in early America, slavery was part of the culture, but that does NOT make it ok at all. saying that males like blue and girls like pink is sexist. you can like whatever color you want no matter what your gender is, you do not have to like blue or pink. I like yellow! the reason these colors often appeal to one gender is because that is what gets introduced to them at a young age. second, under Rebuttle, you ask how can we say we respect all beliefs except anti-feminist beliefs? I ask how can we respect anti-feminist beliefs? how can we respect the belief that we are inferior simply because of our gender? third, I think equality is not treating people the same, it is treating people equally. there is a difference. discrimination is not treating people differently, it is treating people wrongly and unjustly. do not try to treat people the same, just treat them right