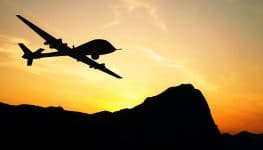 Drones, also known as unmanned aerial vehicles, are remotely controlled aircrafts. They are often armed with missiles or bombs to attack the enemy. From the time of the World Trade Center attacks, the United States has used countless numbers of drones to kill suspected terrorists in countries throughout the world. Proponents of drone use hold […]

After the decision of updating the Commission of Human Rights and establishing the UN Human Rights Council as an intergovermental body within the United Nations, the main objectives and principles set from the UNHRC itself were to make an improvement in the field of human rights violation and to prevent the same mistakes that the […]

No introduction at present. Why not write one? All the Yes points: Introduction It would increase the legitimacy of the UNSC It would make the UNSC more effective and efficient It will provide more accountability It will lead to fair regional representation, as well as make it more legitimate and flexible Summary – Team Latvia […]

Should former colonial powers pay reparations to former colonies for their past activities? All the Yes points: Colonial-era activity was morally wrong and indefensible. Colonising countries justified their acti… Reparations would represent an important demonstration of the closing of colonial scars. Many of th… There are precedents for paying reparations to states or peoples in […]

Should the developed world focus on enabling trade or donating aid as a way to help the developing world? All the Yes points: Trade is a long-term basis for international co-operation. The other partner in a trading relations… Trade allows developing countries to retain their dignity. Aid is often seen as quite a patronising… Trade […]

Should governments take steps to keep their threatened languages alive? All the Yes points: There is a value to language that cannot be reduced to the utilitarian ability to communicate with t… Language is a type of cultural heritage. We already recognise the right of groups to preserve parts… Governments have a duty to preserve […]