You are here: Home / Debates / The Legal Age Should Be Lowered to 16 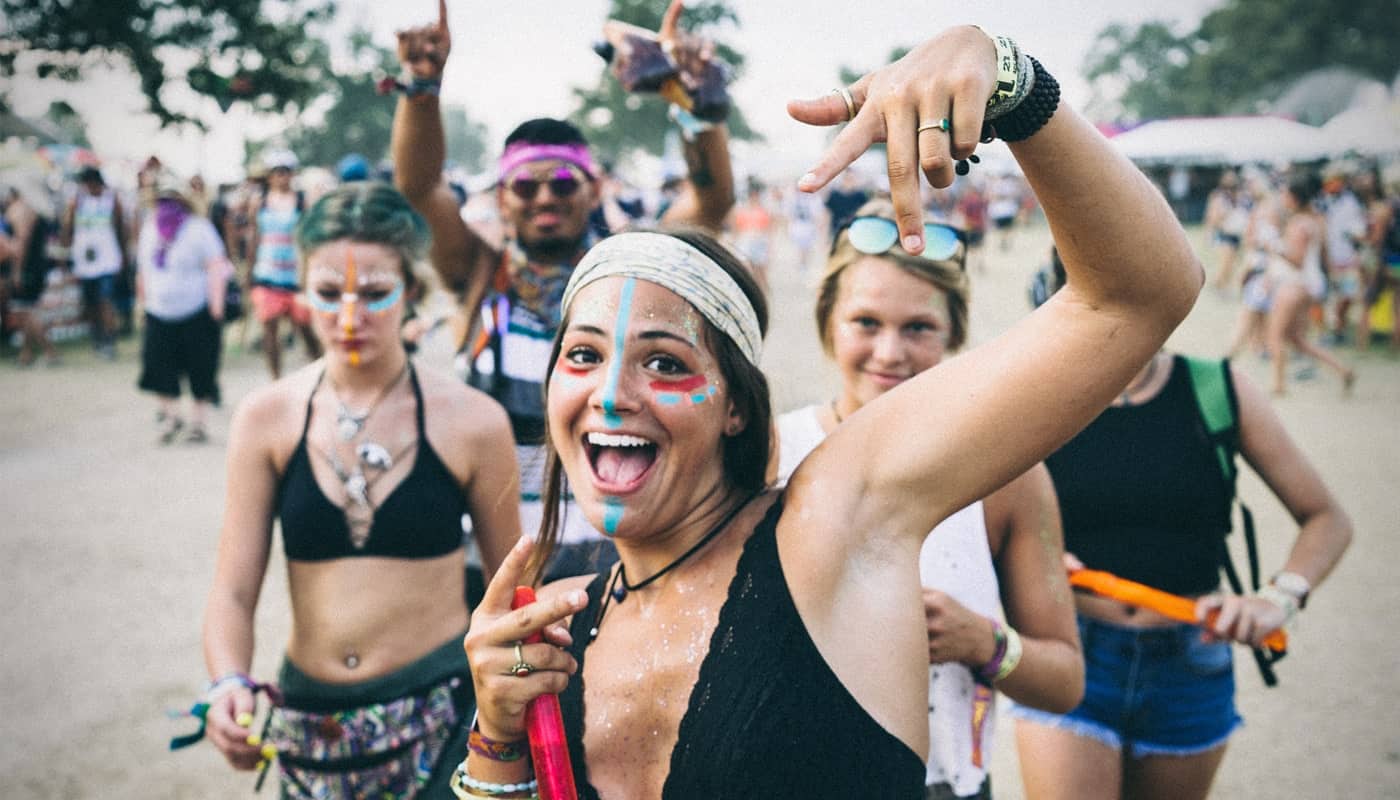 Normally, you have to be 18 years old to be ‘legal.’ I think many 16 year olds are mature enough and smart enough to handle important life decisions. Many of us out there are just pushed around because we are ‘too young.’ We shouldn’t be ‘too young’ to be legal. We have choices, freedoms, and rights too; but adults push us around like we are worthless. If the teen is mature enough and keeps a high GPA, they should be considered legal by law.

Many 16 year old teenagers do not act mature, they are extremely childish and boisterous. For the few that act sensible their is a torrent of them that liberally participate in the act of under-age drinking in the attempt to act mature. Maturity is not found in a pint of beer.

Walk into a town or city that has a college nearby and you will often see packs of teens strolling around being childish and loud. 16 year old’s simply act too immature for the simple reason that they are immature, they have just left school.

By all means let them humour themselves with their prattle and little debates but at the end of the day 18 is the legal age for most things and even then a lot of people still can’t grasp the concept of maturity.

<<<
Then theres the group of 16 year olds that ruin it for the rest of them. You realize that stores do a bad job checking IDs as it is, now they have to check IDs, Report Cards and Proof of Maturity?

We are just the same as someone only two years older

“All men are created equal…” this should count for laws too. We are just the same as any other person, the only difference is we are younger.

” ALL MEN ARE NOT CREATED EQUAL”

but what can i say someone adult by their age is EXPERIENCE.

furthermore, ALL MEN CREATED EQUAL is the other philosophical proverb for the other problem not for the age.

But in all seriousness, with your thought process you’re saying we should allow 7 year olds to smoke cigs, drink whiskey and drive cars to school. Equality for the masses!

If we act like adults, we should be treated as adults

Maturity is everything. If we are mature and can make our own life decisions on our own, we should be considered legal.

Maturity should firstly be defined. Maturity in regards to aging is a natural process, which everyone hopefully endures. However, maturity is also the development of the mind. Minds differ and decisions in regards to each individual life differ. Legality cannot be measured via maturity, thusly the age of majority should not be in existence. As it is, it is flawed, though. Lowering the age to 16 would not be beneficial legally and would cause difficulties in the current system.

<<<
A sign of maturity is to see a problem for the whole thing and not just the small part that upsets you. The whole picture here is a process. What do 18 year olds get to do that 16 year olds can not? Well, for one, they can gamble. They can also buy cigs. Cool, so you want to do one of those? Well any adult 18+ has to go through a process of getting their ID checked for legal age. With what your suggesting there would need to be some kind of way to identify maturity. The only way i can think of is to have a Maturity Test and give people Maturity Cards. The biggest problem is that one might know what is mature but doesn’t follow it. Therefore, they could pass the test but doesn’t mean they obey what thew wrote off on. Or if its an adult that goes somewhere to say “yes my kid is mature”… well i bet 80% of immature children would have parents who write them off as mature anyways. And now we’re also asking stores (that seem to have problems asking for ID) requiring to ask for Maturity Cards. The whole process is beyond faulty, easy to scam and just more complicated than what its worth. Big deal, you have to wait two more years to buy cigs which you can’t smoke in school and need a job to support you unhealthy habbit. Or you have to wait 2 years to blow all the petty cash you’re making at your min. wage job at a casino. All to create a complicated, easily corrupted system? This does not make sense

We are smart enough to make good decisions

We are smarter than you think. We have learned stuff in high school, even middle school, which you didn’t learn until college. We can make good decisions on our own life. Now they are teaching life management at sophomore year in some schools. If we didn’t know how to make good decisions before, now we do.

We may have learned more stuff, but there is also more to learn. How book smart you are has nothing to do with how street smart you are. As a 16 year old myself, I find that I need my parents support and guidance, without it I would never get anything done.
I think 18 is a fine legal age.

<<<
If you consider yourself smart you would look at the whole process that you’re corrupting, making it easily scammable and asking for ways to throw away the small cash you make from your minimum wage job OR throwing away your parents money. Its not worth it

No. The thing is, when a teenager is convinced that he/she knows better than mommy and daddy, that teenager then becomes rebellious against his/her parents. This rebellion is an integral part of the process of growing up.

There are certainly some mature and intelligent teenagers, but they are so few and far between that they represent such a small percentage of the population that their presence should be disregarded on this specific topic.

Maturity is something that is “grown in to” (pardon the irritating pun) and experienced, not simply handed to a teenager who wants to be an adult. As a teenager, one is not actually ready to face the consequences of choices that he/she makes. And yes, it may feel like your parents are “pushing you around,” but believe it or not, this is an advantage. At this point in a person’s life, consequences are much lighter than they become when one becomes an adult. Another point is that teenagers are not accustomed to making permanent, life-changing decisions, thus leading to the fact that the teenager, when presented with a moment of extreme choice, will not be able to choose wisely.

In closing, I would like to say that teenagers should enjoy their teen years while they can. It’s a temporary time of living with those who will care for you.

Without a doubt 16 and many 18 year olds are not mature.Maturity evolves through passing through the unniversity of life, this is impossible to attain at school or college or unniversity.

<<<
So you’re saying 16 YOs have plenty of rights…. so why are you guys complaining?

Well, The legal driving age is sixteen, you can move out at sixteen and can legally consent to have sex so the only difference is that you can drink alcohol and in some places its younger then eighteen for that so….

Absolutely, as a libertarian, I am strongly in favor of decreasing the age at which people have certain individual liberties. Yes, sixteen year old’s tend to be less mature than most adults, but there’s not a whole lot of maturity difference between sixteen and eighteen. Some people even live to be 100 and next mature past sixteen. Some sixteen year olds are more mature than some adults in the fourty’s, and yes I know, that’s the exception and not the trend, but it is possible nonetheless. A lot of people are commenting that while most eighteen year olds are already too immature to really be considered adults, then making a sixteen year old an adult is insane, but the thing is, is that you don’t become mature faster by not being treated like you’re an adult sooner. It’ll add two more years of adulthood to their life that they can learn more from earlier on, and possibly set them off on a better path in the long run. I don’t see how it would hurt anything considering that an eighteen year old isn’t any more mature than that anyway. You might be afraid that they’ll screw up their life with the increased power they have, but they could just as easily do that at eighteen, and they could still do it at sixteen anyway. Things like drinking and driving are already illegal, requiring that people not drink until they’re twenty one won’t stop them from doing it. It’s just as useless as thinking that a gun free zone can stop mass shootings. I saw we lower the adult age and everything to sixteen. Lower the drinking age to sixteen, lower the age where you can have sex with anyone older than you no matter how much older to sixteen, allow people to marry, buy a house, work full time, go to college, rent a car, and conceal carry to sixteen. And then possibly allow people to become adults at an even younger age based on a series of mental evaluations. It’s all these fear mongering, white suburban, middle aged, middle income, soccer moms, and grannies, with nothing to do, that call the police at the drop of a hat, that cause us to have less freedom and liberty.

I believe that the ONLY reason people are against lowering the age of majority to 16 is because they like to think that age and maturity are dependent upon each other; which they are not. It’s absolutely horrifying to think that a person and their opinions are considered illegitimate simply because of their age. Limiting a person based on something as little as age is wrong. You’re telling me I can drive at 15, yet I’ll get turned down when I do to the emergency room alone because I’m 3 weeks away from 18? Then I’ll be 18 and have to wait until 21 to buy alcohol? If I’m an adult then I want total rights. Don’t limit me and make certain ages in my life unnecessary milestones.

16 year olds are already doing everything adults do anyways..lets lower the crime rates and legalize them..its not gonna hurt the people who disagree or affect them in anyway..sooo its really a win-push

I agree – we are very mature and sensible! We will learn to be more responsible if we have more rights.

Children should not be allowed to make life altering decisions if they are not in their best interest. Until eighteen you should not be able to make those decisions. My heart breaks daily for my sixteen year old heroin addicts decisions (and I have no say). I pray for the day that if they are destructive that we as parents/guardians/caregivers can have a say.

The thing is though, that doing heroin is already illegal, so making it more illegal based on age doesn’t really do anything. There’s not really any decisions you can make that will mess up your life that aren’t still illegal at the age of eighteen on up. Allowing them to vote won’t hurt them. They can already drive. You can drink alcohol at sixteen in Europe and they have less problems with alcohol than we do.

If you trust some one enough to drive I think you should trust them enough to make a check mark next to the name of the person they want for president. Just because some one isn’t 18 doesn’t mean they don’t have an opinion!