In recent years the UN and other International Organizations have pointed out as a major problem for this Century the shortage of water availability for human usage. The crisis is a widespread phenomenon but specially affects under-developed countries, where life can be seriously jeopardized due to the lack of this precious resource. All the Yes […]

The use of live animals in controlled laboratory tests is common place the world over. This debate aims to lay out the argument both for and against. Before you cast your vote, I ask you to put aside your initial persuasion, and weigh up the relative merits as outlined below. All the Yes points: Animal […]

Are biofuels a better alternative to fossil fuels? Should their use be encouraged by government regulations and subsidy? All the Yes points: Biofuels are the best way of reducing our emissions of carbon dioxide and other greenhouse gases res… Unlike oil, biofuels are renewable and sustainable. At present mankind is using up fossil fuel reso… […] 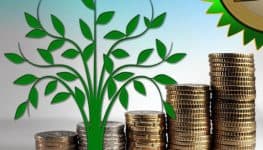 Is the economic development of developing countries more important than protecting the environment? All the Yes points: Taking care of millions of people who are starving is more important than saving natural resources, … The industrialised world’s emphasis on green issues holds back developing countries. Because this i… Economic development is vital for meeting the […]

The US should abolish agricultural subsidies All the Yes points: Government intervention in the marketplace contradicts the values of free-trade advocated by the USA… Subsidies are expensive and represent a burden on the American citizen as taxpayer and consumer. Th… Subsidies cause poverty, both domestically and internationally by maintaining the prices of goods at… Subsidies […]