Is boarding school beneficial to children? All the Yes points: Boarding schools allow children a safe space in which to exert greater control and independence over… Being in school all the time allows children full access to its facilities. This is good for creatin… Living with peers of their own age, round the clock, teaches … Read more

Can there be a much more useless subject than history, everything that you learn about has already happened and is in the past. It is often a long way in the past and you can’t even go and talk to people who participated in that bit of history. History is also difficult to teach, it … Read more

The Government’s poverty adviser has suggested that summer holidays for schools should be shortened, instead having four or five terms with short breaks between them. According to Frank Field, disadvantaged children who don’t receive enough support at home cannot catch up after such a long break, and poor families can’t afford childcare while they are … Read more 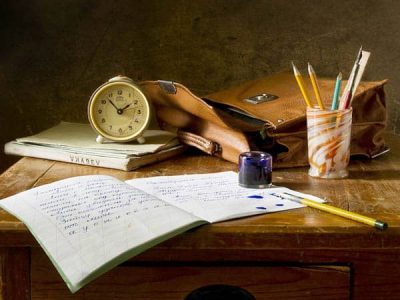 The practice of homeschooling has essentially been around since the dawn of time. Parents and guardians have always took it upon themselves to teach the younger generation the knowledge that they have received through their many years of experience. But we live in a different world now, governments have recognized the massive need for an … Read more

All languages undeniably change over the years, and these changes reflect how the words are used. The most important thing about written communication is that it is understood, not that it follows an arcane set of rules that benefit nobody. All the Yes points: Mistakes can actually be changes in the language. Creativity. English grammar … Read more

The number of graduate applicants per position has more than doubled in the past two years. In the context of the significantly fewer positions made available on the market, as well as the number of redundancy figures since the recession, universities seem to be generating an ever increasing number of graduates without investing any useful … Read more