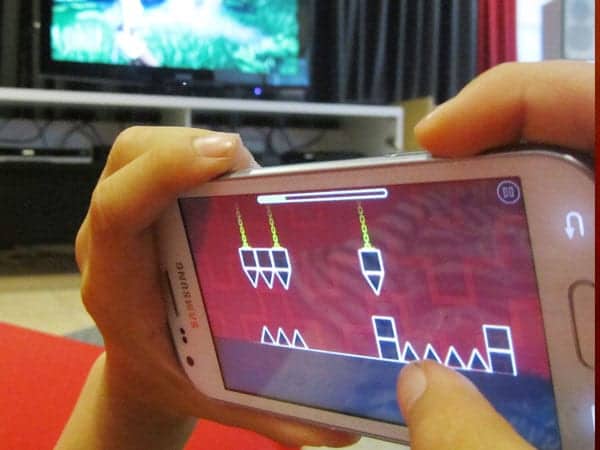 Should children be allowed to own and use mobile phones (cellphones)?

Mobile phones are safe for children to use – we should ignore scare stories in the media. The lates…

Mobile phones are safe for children to use – we should ignore scare stories in the media. The latest research says that mobile phones do not damage brain cells. Even those earlier studies that suggested there might be a problem thought that people would have to use a cell phone for hours a day for there to be an effect. It is true that there is no 100% proof mobile phones are safe to use, but that is true of any scientific study.

There are possible long-term health risks from using mobile phones. Some research suggests that the radio waves from mobile phones may harm people’s brains. Because children’s brains are still developing, any possible damage to them is even more worrying than for adults. It is true there is no total scientific proof about this, but it is better to play safe than take risks – the precautionary principle. Until science can prove mobile phones are completely safe for young people to use, they should not be allowed to have them.

Mobile phones keep children safer, as it is easier for parents to stay in touch with their children….

Mobile phones keep children safer, as it is easier for parents to stay in touch with their children. Through calls and texts, parents can know where their child is and be reassured that he or she is safe. And in an emergency, young people can summon help quickly.

Yes, some children carrying phones have been robbed, but thieves are always after something new. Phones now are both much more widespread and security coded, so there is little point in stealing them. If security is your concern, ban the latest personal MP3 and DVD players instead. Traffic accidents should be blamed on bad safety education rather than phones.

Mobile phones make children less safe. Firstly they are carrying an expensive fashion item that makes them a target for criminals. Millions of people are robbed of cell phones every year, sometimes with violence. Secondly, many children spend so much time talking on the phone or texting that they are less aware of what is going on around them. Each year young people get run over crossing the street because their attention was on their phone conversation, not the traffic.

Children will always pressure their parents to have the latest thing; phones are only one example of…

Children will always pressure their parents to have the latest thing; phones are only one example of this. Parents can always say “no” or set limits on what they can spend. With modern payment plans children can be given a set amount of credit for calls and texts. Learning to work within financial limits is an important part of growing up. In any case, many young people have part-time jobs so they are spending their own money, not their parents.

Mobile phones are too expensive for children. Even if basic models are cheap to buy, calls are expensive and charges soon mount up. Many young people run up big bills their parents have to pay. A few rich families might be able to afford this, but for many parents the hours their kids spend on their cell phones are an uncontrolled expense they cannot cope with. Others are under peer pressure to get the newest, most stylish phone with all the latest gadgets. Banning children from carrying cell phones would take away these problems from ordinary financially-stretched families.

Information and Communication Technology (ICT) is now a normal part of modern life, used by everyone…

Information and Communication Technology (ICT) is now a normal part of modern life, used by everyone from toddlers to pensioners. So children need to grow up making use of technology such as mobile phones if they are to take their place in society. Such use fits them for the modern workplace with its need for tech-savvy employees with communication skills and the ability to work flexibly. In any case, children often have better phone manners than adults – they are less likely to shout into the phone, more likely to text discreetly, and more aware of text and phone etiquette.

Mobile phones are a distraction from the real world, preventing children from interacting with those around them. Constant talking, texting, and games playing take the place of proper socialising. Young people grow up without good manners, unable to relate to those around them in a normal way. They also become fat and lazy, as phone use crowds out healthy activity such as sport or playground games.

Mobile phones are now a valuable part of student life. Because parents feel their children are safe…

Mobile phones are now a valuable part of student life. Because parents feel their children are safer carrying a phone, they are more likely to allow them to travel to school on their own rather then driving them. This promotes greater independence for the children, while taking traffic off the roads which is environmentally-friendly. Like many other things (girls! boys! the view out of the window!) mobiles can be distracting in class but this doesn’t mean they should be banned. Many schools allow phones to be carried providing they are turned off in lesson.

Mobile phones are inappropriate in schools. They take students’ attention away from their lessons and undermine discipline. Rules about having them turned off in lessons are impossible to enforce – students just put them in silent mode and secretly text or play games in the back of the class. There have been many cases of students using mobiles to cheat in tests, and some of students recording embarrassing footage of their teachers to post on the internet. Schools are for learning and anything which gets in the way of that should be banned.

Anything can be abused, including pencils and paper. New technology always carries some risks but w…

Anything can be abused, including pencils and paper. New technology always carries some risks but we should not be rushed into panic measures. Children got hold of pornography, gambled and bullied each other long before mobile phones were invented. These problems won’t go away if we ban phone use – they can only be dealt with through good parenting and moral education. In the meantime, parents can get phones which block inappropriate content, and ensure their children do not have credit cards to pay for it.

Mobile phones are open to abuse, offering activities which are very inappropriate for children. The ability of modern phones to display graphics has led to the rise of mobile pornography, gambling and even cyber-bullying. Most parents restrict their children’s television viewing and computer use, but it is much harder for them to monitor mobile phone use. Given this, it is best that children are not allowed to own them.

It is that children should be given mobile phones but for only a limited time . Not that whole day sitting with a mobile phone . It is as well bad for our health especially our eyes .

I believe that children under the age of 8 should not be given personal mobile phones but then again, if they do not have them, how are they going to understand how to use them properly. Children make mistakes but they can learn from them. They need to be properly educated into how to use them correctly.