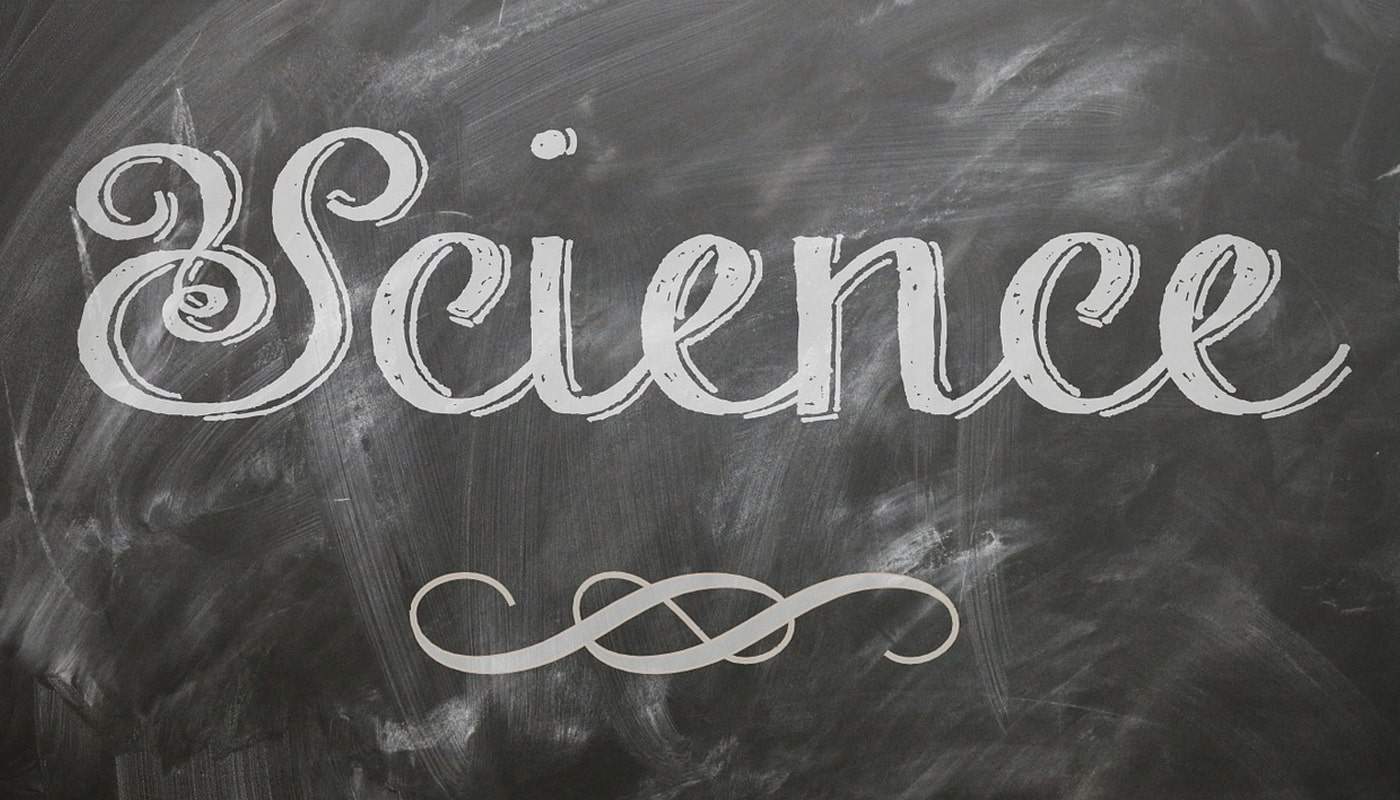 The Meaning of Science

You can classify science as a systematic classification of experiences, which is what people call scientific. When we feel surprised at events, we will sometimes get doubts, what does this classify as? The concerns are the seed product of technology, and it begins with sound reasoning, research, thinking, evaluation, features, and finally, you discover the hard facts of a subject. Almost all researchers have followed the scientific method in one way or another, but sometimes it gets diluted through politics and secret agendas.

Today, in the 21st century, science’s subtle hand can be found in evidence everywhere. Every aspect of our modern human existence circles back to science whether we’re talking food, recreation or the classroom. Some people argue science has proven more a bane than a boon while others argue how it has made our lives easier and brought us out of the Stone Age. Before we begin, we should first take a look at actual meaning of the word “science” so that we can discern the actual meaning because sometimes politicians and corporations mix in an agenda with science.

Is science a boon or bane? express your views for or against this topic with sturdy reasons.

The ‘bane’ is caused by humans

First of all I am going to assume that boon is in the yes column.

Science is fundamentally neutral – whether it is good or bad is dependent upon the people creating it and ultimately using it. The vast majority of science is done for science’s sake, for the ‘advancement’ of humanity and therefore on the whole can be thought of as good. Yes there are bad things that come out of science – take for example nuclear weapons which are something that is pretty obviously on the bane side of this debate but these weapons in and off themselves are not particularly bad (I guess pretty much balance out – boon of employment vs bane of using some resources pointlessly + worry of some nuclear waste) rather it is the use of them that is particularly bad. And of course most other science would not have the same problems on the bane column.

Science Saves Us from Infectious Catastrophes

If not for the field of medical science, we might still face calamitous diseases like the black plague that ravaged Europe before it continued on a destructive path to Russia. At the time, the Black Plague killed around 450 million people, which historians estimate was between 30 to 60 percent of the population in Europe at the time. Nowadays, science has addressed these issues with isolating the infected and better knowledge of how diseases work, which became possible through medical science and learning about the problem. Antibiotics, knowledge won through scientific discovery, is a stable chemical compound that remains within the human body for a long time. It has helped millions of people to stay healthy. For the time being, antibiotics like penicillin has saved as many as 80,000,000 lives.

One of the compelling arguments against the use of antibiotics relates to how diseases slowly grow immune to antibiotics and other treatments, and the immunity of these diseases could one day cause severe problems for humanity with a super disease that they can’t treat. In the future, it could mean more problems than what it solves. One of the reasons physicians say you should never take more antibiotics than necessary is that it helps this bacteria to become immune to it.

Beyond any shadow of a doubt, science will continue to advance well into the future. One of its more interesting discoveries has been the possible use of bacteria to help clean up oceanic oil spills like the BP oil spill in the Gulf of Mexico. Science has engineered a form of hydrocarbon bacteria and microbes that feed off the polluted parts of the ocean, called Alcanivorax borkumensis. These microbes are available even now, but unfortunately, science has not yet reached a point where they are effective. Still, it could be a huge advantage in the future.

Most people won’t argue how we wouldn’t be in a lot of the messes we have today if it weren’t for science. For example, when the BP oil spill happened, we wouldn’t even be in that mess if it weren’t for scientific advances that made those things possible. To extract the oil from deep sea drilling, for example, we needed a great deal of scientific research involved in how to conduct deep sea drilling. When the oil flooded out and polluted the ocean, we used science to unravel the trouble it had already gotten us into. Another way science has decimated the environment relates to manufacturing and the ozone. Whenever someone sprays hair spray, it depletes the ozone layer, which will hurt us over the long term if we’re not careful to address these environmental concerns.

Made the World a Smaller Place through Worldwide Communication

In the past, most people in the western hemisphere viewed countries of the East as more exotic. With the advances in technology made from science, we can now sit at home in Arkansas and communicate 7,414 miles to a long-time friend in China. All this happens without either party ever leaving their home in a matter of seconds. In that sense, you can make friends all across the globe, and you never even have to leave your home to do it. That’s the type of luxury that not even the great kings of the Medieval era had. This global communication also makes it much easier for families to speak with each other when they go abroad. For example, a mother’s son may choose to serve in the military, and nowadays, instead of having to write letters home, they can do a video chat over Skype, and it’s like they never left.

Cultures sprung up with unique characteristics in the past, and it made the world a truly unique place to travel around. You could see the colorful Holi Festival of Hindu India and visit the ancient Mayan ruins of Guatemala while eating the special cultural foods of these countries. Today, however, McDonald’s has sprung up in each of these countries, and the ease through which we communicate across the globe has made the world feel much smaller. As a result, there’s a global influence that has started to make the world less unique and more the same. Many people, for example, see the rising of McDonald’s across many cultures and countries as a bad thing for health and the uniqueness of countries. By making the world smaller, it lowers the awe factor.

Easier to Deal with Drought and Famine

Because of the systems we have implemented today, drought and famine have a slightly less devastating impact. Through scientific knowledge, we have learned how to deal with drought and famine. For example, when California experienced a drought in 2014, we simply shipped over $110 million in supplies to that region from areas not experiencing the drought. The scientific ideas that we became aware of as we learned about resource management has helped us to deal with these hard times better. We have a kingly selection of food choices that were unheard of in the past. The royalty of the past could not even dream of some of the convenience we have today. For example, we can live in the cold climate of Alberta, Canada, and have mangos, a fruit that does not grow there, shipped from countries like Nicaragua and Mexico, and because of food preservative knowledge obtained through science, we can taste these foods. In the past, they may have rotted on the voyage to such a far-off destination.

More than one complaint has been raised against food preservatives and how they cause health problems. You wouldn’t, for example, consume battery acid would you? Phosphoric acid, one of the preservatives popular in soft drinks, can erode your teeth, and based on a report from “General Dentistry,” it can be as harmful to the teeth as battery acid.

All the World’s Knowledge Available at Our Fingertips

There’s a funny joke that goes, “People of today have all the knowledge they could ever dream of, yet if they spoke to someone from the past on how their smartphones work, most wouldn’t give that description. Instead, they tell them how they use it to look at cat pictures.” That joke highlights the reality of today. With a simple search on Google, we have all the knowledge we could ever need in a lifetime. That leaves us with plenty of opportunity to become some of the most educated people in the world if we use it correctly. Learn how Google grew from a successful scientific project at Stanford.

The biggest problem with Google is how answers become so easy that it hardly requires thinking. With so much instant gratification, people no longer have to think things out and discover them for themselves. In the past, when you wanted to do this level of research, it required a great deal of thought and reading through multiple volumes before you could reach an answer. Still, this bane is fairly easy compared to some of the others.

I think that science is a both a boon and a bane. The whole thing depends on us, whether we use it for good or bad.

Science is boon in the way we used it.Thermonuclear powerplants,Agriculture, Industries all admitted the chances provided by Science.But sometimes it became bane when manmade disaster occur.But time proves we overcomed everything.So it is a boon actually.

Both boon and curse because as we know every action has equal reaction.we can make this out by taking some examples first one is science made refrigerator which is good for us to store food but the bad thing of this is it releases CFC gas which deflect the ozone layer and it is also responsible for skin cancer and other example we can take is bikes and cars.we know it saves our time but we become lazy day by day and we also know petroleum is non renewable sources of energy and it will be exhaust one day and it may cause pollution also.so here are some examples which proved that science is boon and curse both..

Science Has change our life. But if we see the other side it has made humans depend on it. Science is boon and bane also. Boon because humans cant face problems and bane because they have to depend on it.

It is our mentality that how we use science as good or bad. If think as the mind of terrorist he thick atomic bombs as boon of science and if we think as the normal being we see this as curse of science.